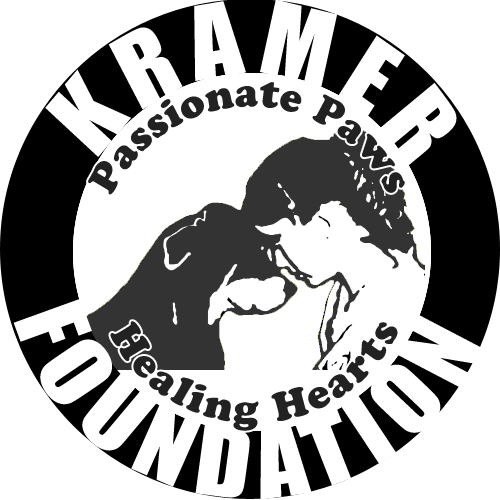 When we place a dog from Kramer Foundation we really try to place not only where its the best physical place for the dog, but where they may do the most good. Recently we had 2 dogs displaced due to the death of their owners. Dad passed a couple years ago and Mom passed just weeks ago. There were no family members able to take them in and a son was caring for them around his work and family, but it left them alone in the house. The boxer was placed quickly and Kittea was posted in a small circle. There was a LOT of interest and many responses, but one really jumped out. I got a call from my vet who had been contacted by a vet friend after seeing a picture if Kittea. She had a very special client battling a second round of cancer and they are looking for a companion. I called the woman. To say I was touched from the first word would be an understatement. She had already fallen in love with the picture, but stated the dog just called to her. Why, I said, do you want a dog right now? I lost my dog last year while I was battling my first round of cancer. I need a reason to put my feet on the ground and keep pushing forward right now. A furry companion is the only thing that will do it for me. After a long conversation, I KNEW this was a “meant to be” and my sister Laurie Lathrop and I loaded Kittea up and drove to Williamsport praying desperately not only would the dog like her, but there were two others in the home….husband and son…..along with a very old blind dog and an opinionated rottweiler/pug (not a typo) that were in the mix. At the same time I’m trying to help a son keep a promise to a dying mother that he will find her dogs good homes and not send them to a shelter. What happened when we opened the truck shows our prayers had already been answered…..as likely the plan had already been made outside our powers. “Oh, my Baby, Oh my Baby” was followed by a remarkable reuniting of souls from a different dog body. I will let the pictures speak for themselves. Here’s to putting your feet on the ground every day and moving forward. Enjoy your new life Baby and Merrie 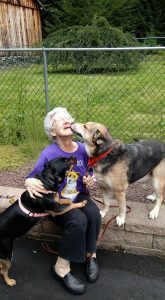 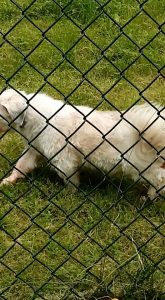 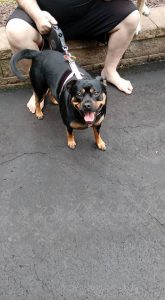 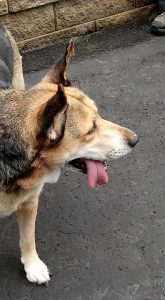 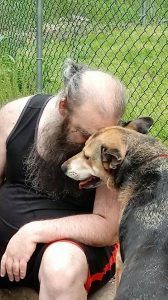 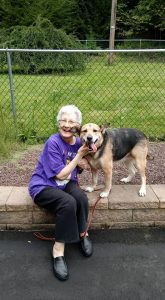